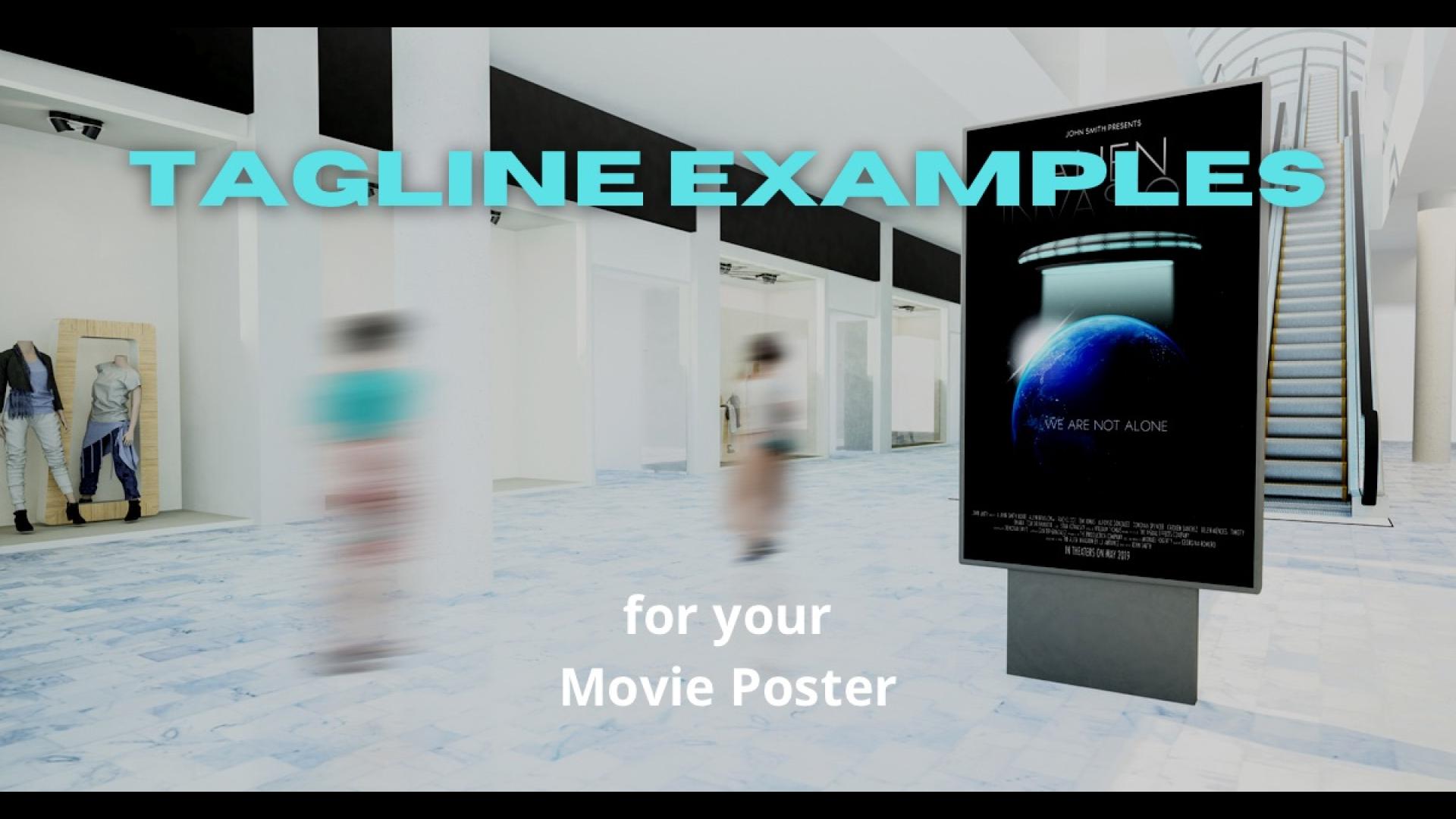 Movie taglines is the slogan of a film, if someone hears the tagline they immediately associate it to your film.

The movie tagline is the catchy slogan that is printed on posters. Written like advertising copy it is used by film marketers to sell the film.

How to write a catchy Tagline

First write a paragraph or use your logline, now make it even shorter to express an emotion in visual language.

Film taglines sells your film to the audience in a few memorable words.

The catchy slogan that is printed on posters is the movie's tagline, written like advertising copy to sell the movie. Write your tagline to evoke a reaction from your audience which makes it memorable.