Film Income Projections calculates the average income of 5 films so that you can estimate what your film could earn.
Convince Investors with Expected Return

You are able to calculate a predicted return on investment by comparing films in same budget range and genre. 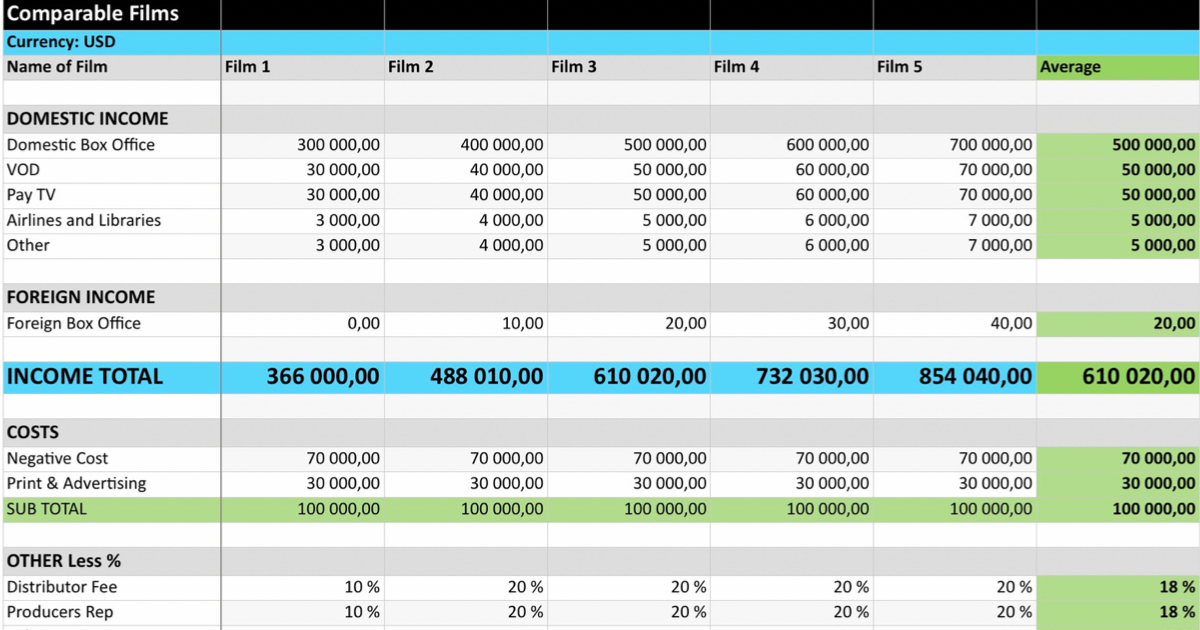 How to calculate Film Income Projections

Voila! The Film Revenue template will calculate the average income of the 5 films, minus your costs, and you get a prediction of what your film and investors will earn.

* The template is a ready example and shows you where you can find similar films for predictions.