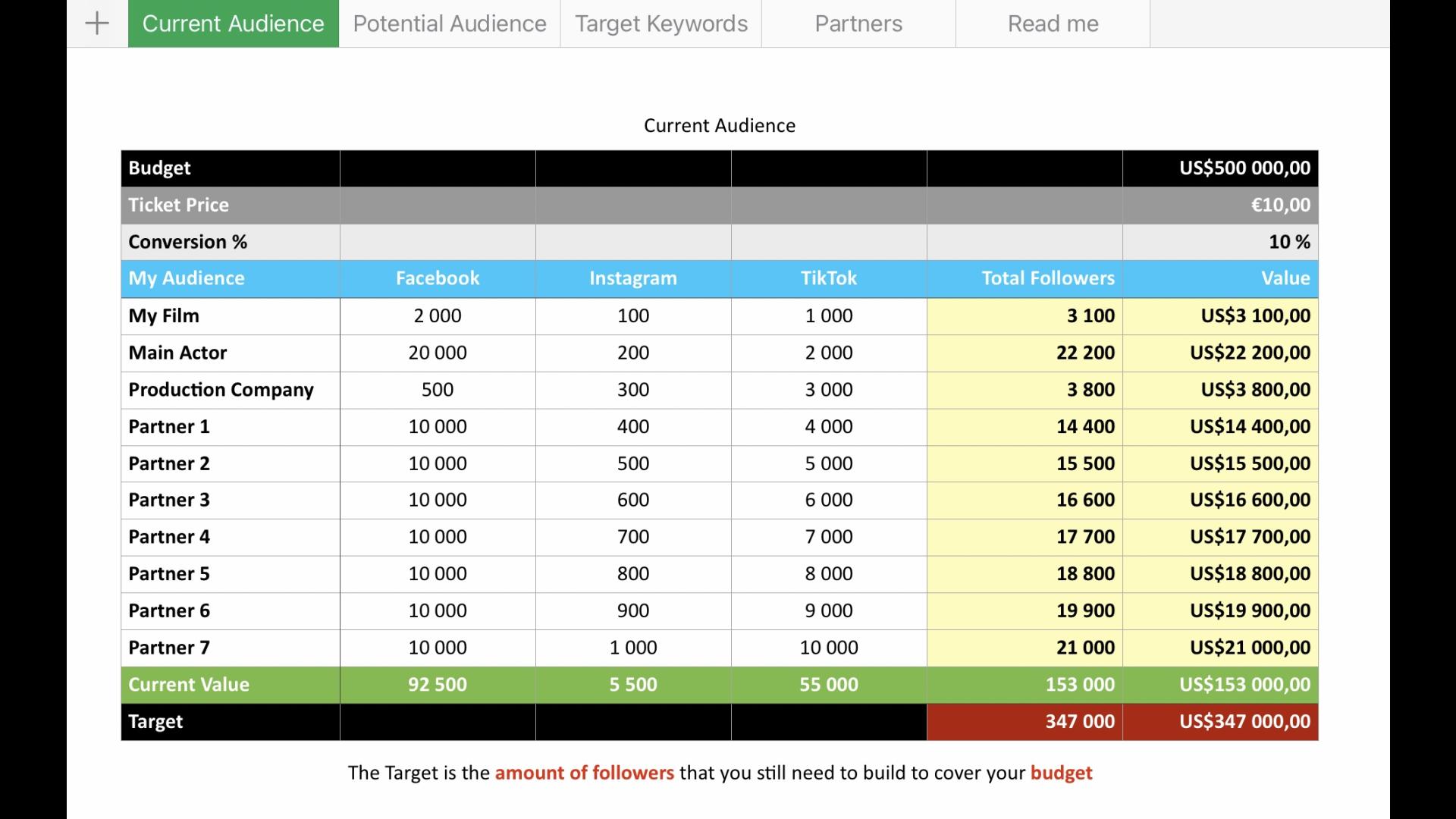 You way ahead in film distribution with a built-in audience and you will have a strong card in your hand to make deals.

Think about it, there are thousands of films on Netflix that you don't know about, that is because the filmmakers hope that the algorithm pushed them to front page. The reasons they are on the front page is:

You need an in-built audience to drive viewers to watch your film.

How to Calculate the Value of Followers

Just add the amount of followers you have in your social networks, how much a ticket cost and what you expect to convert.

It will then calculate the value of your fans.